When there is no expectation of better things, troubles eat away at the soul and leave a sense of hopelessness.  Even those who trust in the Lord can have their faith shaken when prayers aren’t answered and sickness or struggle become a part of one’s reality.  Expectancy wanes and doubt replaces hope when there is a lack of evidence — a lack of signs, wonders and miracles. We need renewed expectations.

When Jesus walked the earth, everyone who came to Him was healed or delivered.  That is until Mark 9:16-27, where a father brings his son who had a dumb spirit that often cast the boy into the fire or into the water, trying to destroy him.   This is the first place in the Gospels where we see doubt.  Why?   Because when the disciples tried to cast the dumb spirit out, the man’s son was not immediately made whole.   After Jesus shows up and inquires of the problem, He tells this man, “If you can believe, all things are possible to him that believes.”   The father cries out and says with tears, “Lord, I believe, help thou my unbelief”.   What a heart-wrenching declaration.  Having to admit his doubt, but desperate for a miracle.   Basically saying, “Lord, please don’t allow my son to remain in this awful condition because of me!   Forgive my doubting and show yourself strong on our behalf.”   Jesus graciously and thankfully answered his request. 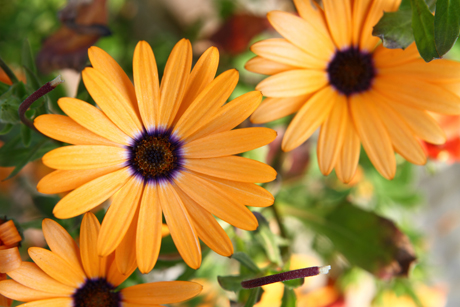 I ask you, did the father in this situation have less faith than the blind man, or the leper, or the woman with the issue, who each received instant miracles?  I think not and here’s why: up to this point, everyone we read about was healed. There was no reason to doubt or to even question if these people had faith.  They got their answer right then.  Others heard their awesome reports and they came with faith too!  Results — healing and miracles — breed faith and people come with an expectation that all things are possible.  I believe this father came with as much faith as the others and only began to doubt after there was no deliverance.  If the blind man did not immediately receive his sight, or if the leper remained unclean, don’t you think their “belief” would have been challenged as well? Simply stated, it’s easier to believe when signs and wonders follow.

This story moves me because, in recent years, we’ve not seen or experienced many signs, wonders or miracles.  Because of this, the enemy rears its ugly head and sneers, “You don’t deserve to be healed, delivered, or even helped because of your unbelief; therefore sickness and struggle will surely remain.”   Not only that, this generation is looking for the supernatural, but instead of coming to Jesus, they rush to believe in witches, werewolves, vampires, and zombies…

What will change this trend?  A fresh move of God’s Spirit with signs and wonders following!  Just as in the days of Jesus, people will believe because of the miracles.  Hope is not dead and a fresh expectancy is now rising in the church.  Let’s cry out with tears, “Lord, I believe, help thou my unbelief.”  Yes, it’s been decades since there has been a nation-changing revival, but that does NOT make it impossible.  Just as Jesus said unto the boy’s father, “If you can believe, all things are possible to him that believes.”  He’s saying that to us today!

I’ve experienced the miraculous on a personal level.  Fifteen years ago I was healed of Fibromyalgia, but it wasn’t until after six years of misery. It certainly makes me appreciate my health. Then, seven years ago I was in a bad car accident where I fractured my skull and suffered from brain trauma. I’m forever grateful to the Lord that I’m mentally well and doing great.  And I know I’m just one of millions who can add their wonderful stories of hope in a miracle working God…  Expectancy is rising, because God’s Spirit is moving!   I love this old chorus:

I look forward to being a part of this fresh move of God and to hear about, and even experience, miracles here and now.  What’s even more exciting is that as we boldly proclaim our faith and share the goodness of God with those around us, people are going to be drawn to the saving grace of Jesus.

It’s important to come to Jesus with faith, but also with expectancy that our prayers will be answered!

Rom 15:13    Now the God of hope fill you with all joy and peace in believing, that ye may abound in hope, through the power of the Holy Ghost.