Whatever your hand finds to do, do it with your might; for there is no work or device or knowledge or wisdom
in the grave where you are going. Ecclesiastes 9:10

Lack of time is a major hindrance to discovering our talents and something that cannot necessarily change simply because we want it to. Effort, on the other hand, revolves around determination and doing what it takes to succeed. Natural ability is one thing, using it is another. It grieves me when I hear people say things like, “I could have gone pro . . .” “I was really good at . . .” “I should have become . . .” However, it never happened. Why? The answer may vary depending upon each situation, but it’s often the result of a lack of commitment, especially once the desired goal becomes more work than anticipated. 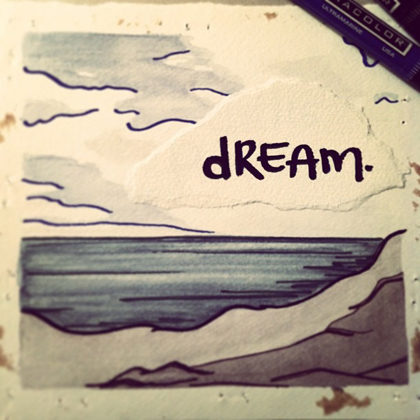 Howard has an amazing talent for writing poetry and while he thinks it would be great to have his work published, he hasn’t troubled himself with the details needed to make it happen. Every time he writes a new poem, the dream rekindles for a moment, but then it’s several months or even longer before he writes again. His passionate words and descriptive flair will most likely not make it to print because his motivation has not surpassed wishful thinking.

A few years back, Pam participated in a theatrical production in our town. During one of the rehearsals, an idea came to mind and she began a quest to write her very own play. She diligently worked on it for months, but then, one day she became frustrated and quit. Over a year passed without any consideration or desire for completing the project. Frustration is an enemy of creativity because it ensnares our ambition at a place of weakness.

Howard and Pam are not the only ones with a drawer/computer full of poems, plays, stories, and/or buried dreams; all across the land there are people who have started projects, but never finished them. Visions of greatness can only carry us so far; the rest comes down to determination, dedication, and hard work. Recently, Pam purposed anew to overcome what she had previously deemed “a failure” and set out to complete her play. She is now in the process of looking for a publisher.

Innate ability is not enough. We could have all the talent in the world and a good portion of desire, but if we’re not consistent in our training and resolute toward seeing a thing through, the result will inevitably fall short of greatness. On the flip side, we could have less natural ability than the next person, but end up with more skill and accomplishments because of a willingness to work, and the determination to push through to completion. 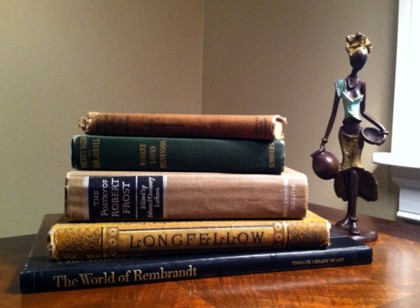 Effort effects outcome. Regardless of what we do, it should be done with unwavering perseverance and the best possible attitude. Colossians 3:23 says, “And whatever you do, do it heartily, as to the Lord and not to men.” Whatever is an all-inclusive word, leaving no room for halfhearted attempts at anything. When it comes to employment, employers expect work completed in a timely and professional manner. At school, teachers require that students at least make valid attempts. Coaches demand effort, anything short of a hundred and ten percent just won’t do. Others can expect, look for, and even demand effort from us, but the most effective and promising results materialize when the drive to succeed comes from within.

Steve enjoys playing soccer and he put it this way: “The games that feel the best to win and the least painful to lose are ones that you’ve worked your hardest in; the ones where you gave it your all and left everything on the field.” He acknowledges effort as a vital key to victory, but also believes it useful when dealing with defeat. It helps him recognize his weaknesses and makes him more determined to improve for the next game. Effort does not guarantee favorable results, but it certainly helps the persistent.

Though our form of creative expression should be enjoyable and relaxing, it will take a good deal of practice and perseverance to develop our talents to their full potential. We must ask ourselves if we are willing to do what it takes to go beyond our present ability to gain the skills needed to have the most impact. Are we willing to try repeatedly, sketch after sketch, rough draft after rough draft, if need be? When we want something badly enough, it becomes a priority: the process becomes a way of life and the results are usually worth our efforts.

Frustration is an enemy of creativity because it ensnares our ambition at a place of weakness.